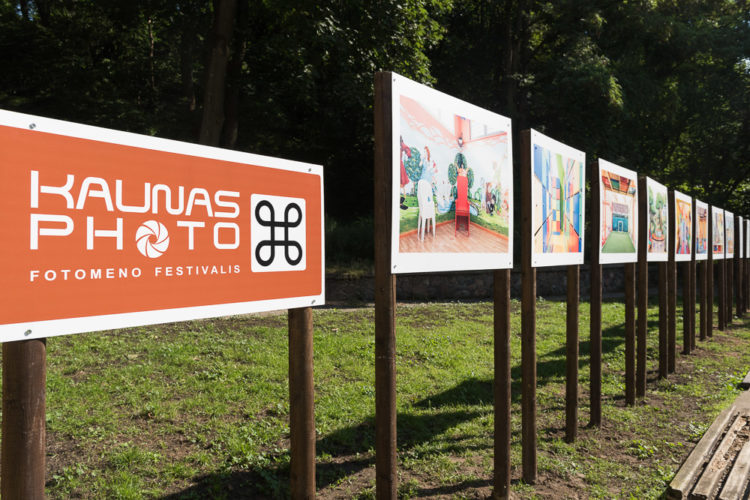 My photos from the series “Oggi è la festa di..” are on display in Kaunas, Lithuania, as part of the Kaunas Photo Festival 2016. They will be visible until the end of October in a very nice square at the basis of the Žaliakalnis funicular. The Kaunas Photo festival is at its 13th edition, it is the longest-running annual photo art festival in the Baltic States, taking place every September in the second-largest Lithuanian town of Kaunas. This year theme is “Flaneur: new urban narratives”.